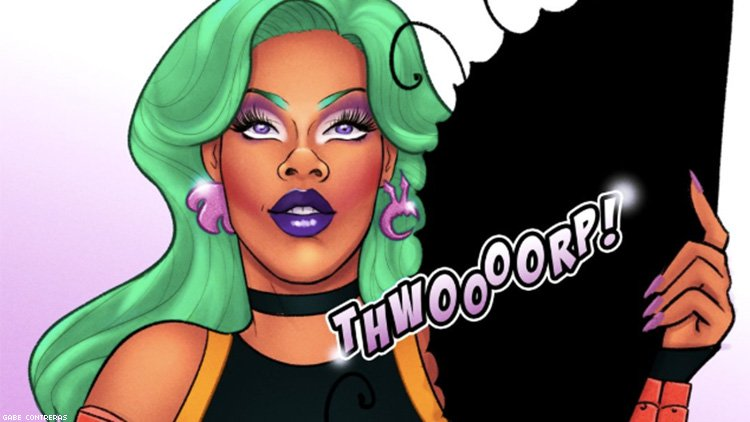 And yes, Shade really is their name.

That's right, hunties! Marvel have revealed their first ever mutant drag queen. The reveal was made in the final panel of the fourth issue of the Iceman comic, Marvel's only LGBT-led comic (created by Sina Grace). We are proud to introduce you to Shade.

Despite her brief appearance in the comic, fans have already taken a liking to Shade. A considerable amount of fan art and speculation has already started to appear, much of which you can find on Sina's twitter. Not much is known about Shade yet, but we do know she has the ability to teleport. She uses her power to create pocket voids to step in and out of, through her own "Thworp Fan". Katya would be proud. 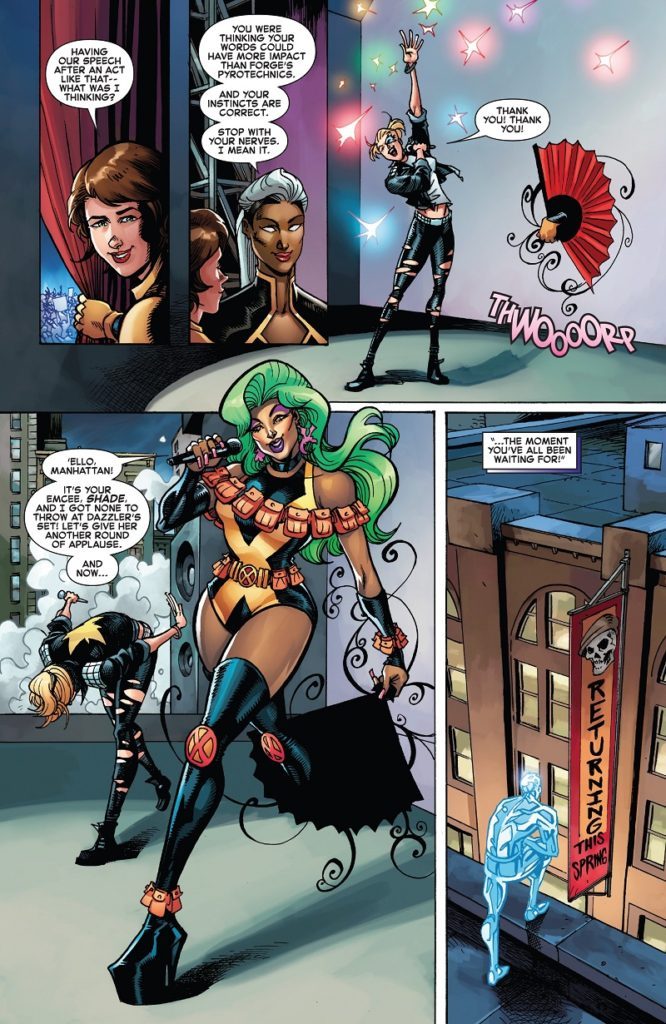 This is yet another step in the right direction of drag queens (and LGBT culture more generally) becoming a part of mainstream media. only last month The Simpsons also did a drag queen episode starring RuPaul.

A word to Marvel, and others, though: Make sure you know what you are doing. It's all too easy to "borrow" from cultures other than your own in the name of exposure, without giving back.

This recent revelation comes amid the Comicsgate controversy. For those who don't know, Comicsgate is like Gamergate, but without any pretense of being about "ethics". It's a direct attempt to shut down and stamp out queer and ethnically distinct voices in comics and the industry as a whole. We're proud of Marvel for refusing to bow down to these horrid people.

If you want to help the Iceman grow, and put one in the eye of Comicsgate, support the comic by buying Issue 5 while we all wait for more of Shade.