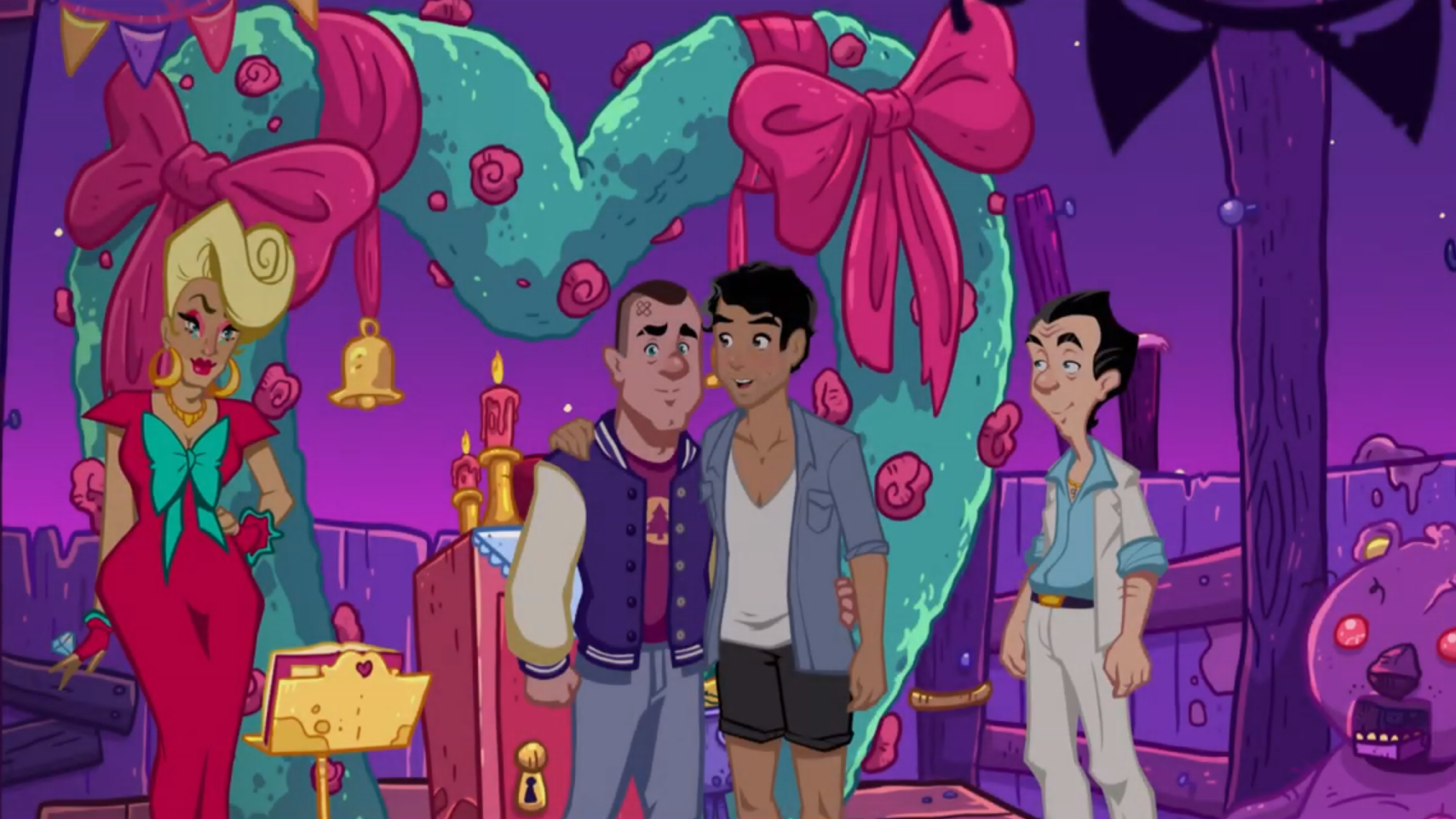 Larry doesn't deserve a wholesome game over... but in "Shape Up or Slip Out!", that's exactly what he gets.

The Leisure Suit Larry series has always had somewhat of a complicated relationship with regards to LGBT representation. Today we are going to take a look at the wholesome [but yet still massively offensive and homophobic] representation of the LGBT community in the series: Gary Fairy. 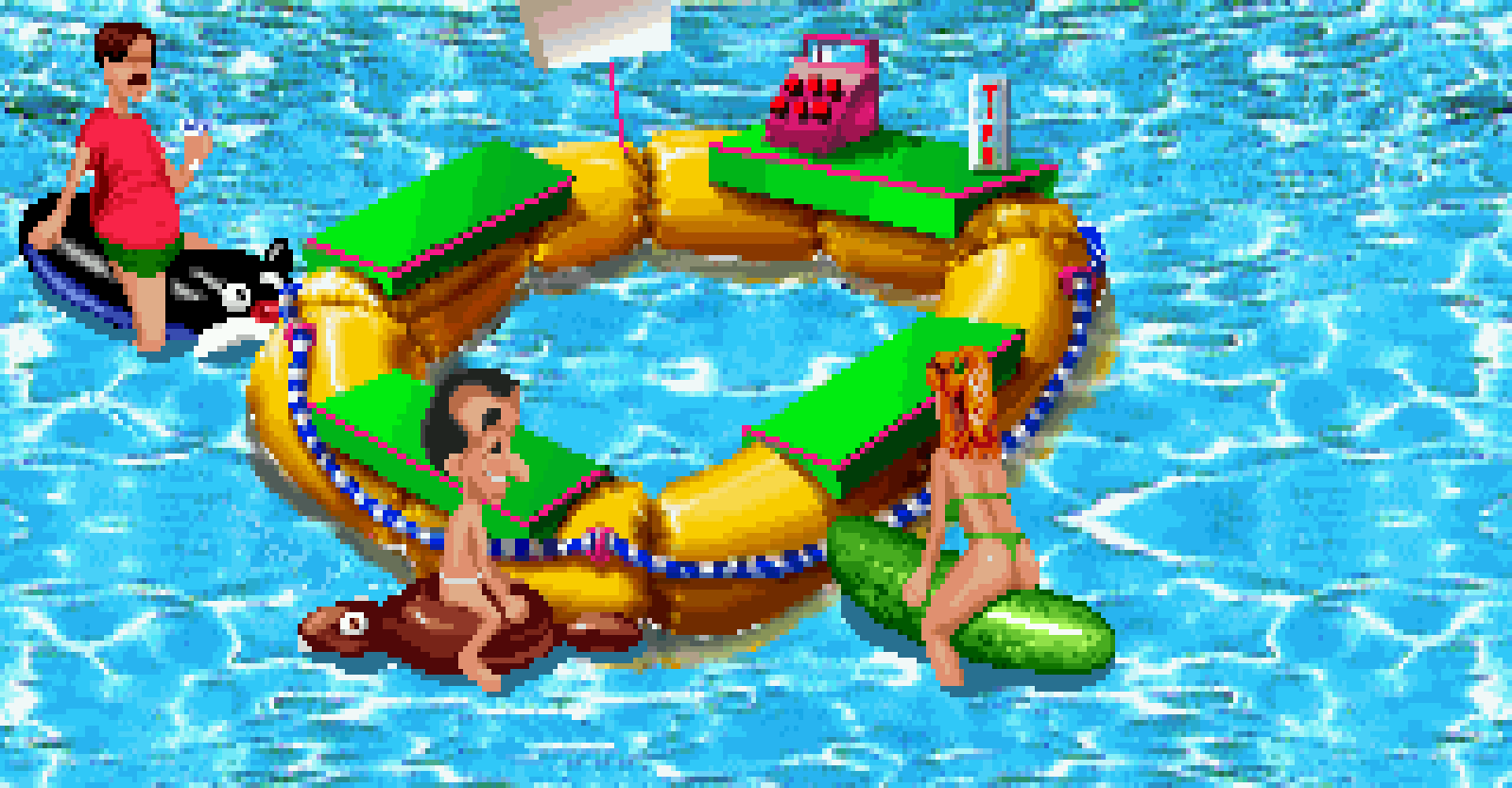 In Leisure Suit Larry 6: Shape Up or Slip Out! Larry finds himself at the luxurious "La Costa Lotta" health spa, after losing on a dating show. There he finds himself a number of romantic conquests, i.e. women he wants to sleep with.

While exploring the La Costa Lotta you will run into Gary Fairy, a offensively gay caricature who speaks with a lisp, wears a pink scarf, and who [surprise, surprise] has a crush on Larry. Actually, he bears a striking resemblance to Kenneth du Beke from ITV's Benidorm. 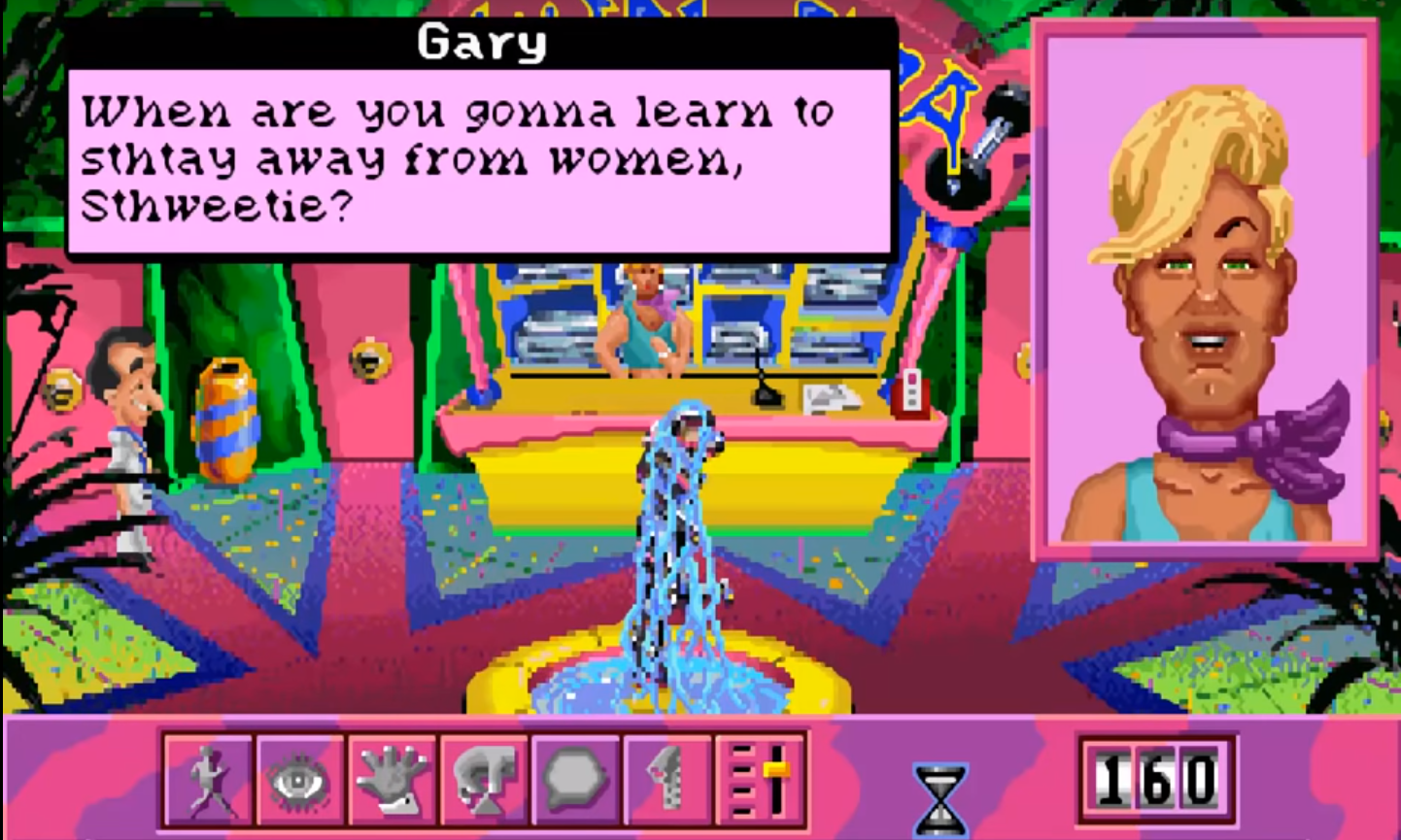 This alone is bad enough. It only gets worse when you tie it in with the transphobic section later on in the game: Larry discovers he having sex with a transgender woman mid-sex. What draws me to this specific entry in the Leisure Suit Larry series is what happens when you play along with Gary's flirtatious advances.

In Shape Up or Slip Out!, you are given a "zipper" button which you can use on NPCs throughout the game to... instigate adult activities, if you get my drift. If you use the zipper on Gary, Larry whips out his member and Gary responds with:

Which is then followed by a Game Over screen... or in this case a Happy Ending screen? It depicts Larry & Gary's future together, walking off into the sunset starting their life as a gay couple. The title of the ending is "Let's Pick Out Curtains".

In a franchise which includes everything from a jungle tribe of lesbian cannibals, to helping a young gay couple get married, Gary Fairy is still the series most bizarre display of LGBT representation. While it does give you a game over for "choosing to be gay", it also gives you a rather wholesome alternative ending to Larry's life, where he's in a happy relationship with Gary. Quite frankly, it's better than what Larry deserves.