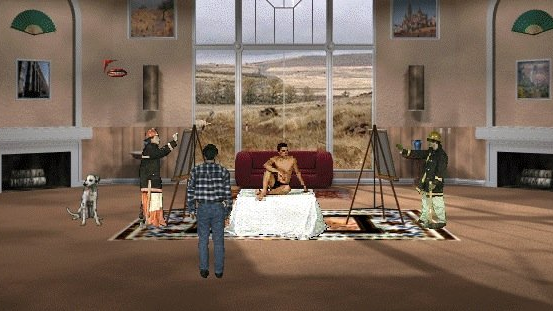 Harvester 1996 - A Slice of Gayming History

Let take a look at how LGBT people were represented in the 1996 adventure game Harvester.

Written and directed by Gilbert P. Austin, Harvester is a point and click adventure game which was released in 1996. It became infamous (for a while, anyway!) for its violent content and sexual themes. Throughout Harvester there is a running gay joke involving the "Firemen" of the town of Harvest.

In Harvester you play as Steve, a young man, who wakes up in the town of Harvest with a serious case of amnesia. There is something not quiet right with the town and your family, and it's down to you to uncover the mystery of what's going on. 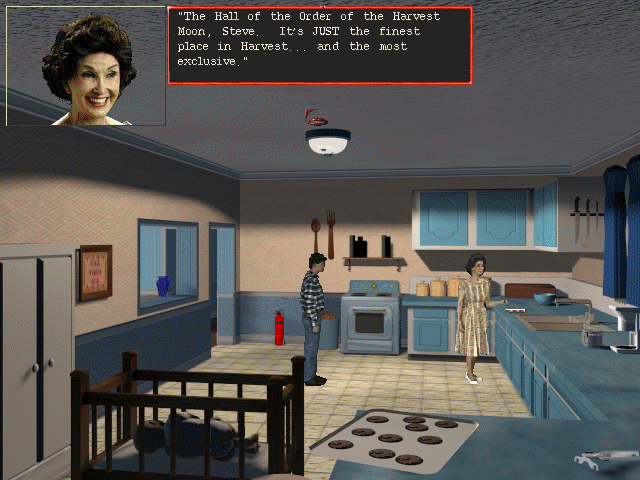 The first instance of the "Firemen" comes when Steve goes to buy a pornographic magazine from the store. The old lady behind the counter tells Steve:

That kind of interest is healthy for a young fella. Steers him away from being a fireman.

Once you actually meet the Firemen at the fire station, or as the Firemen call it the "House of Flames", you are greeted with two firemen painting a male model. Sparky, the fire mashal of Harvest, speaks effeminately with a hard lisp - playing hard into the gay stereotype.

Art enriches the community, Steve, no less than a pulsing fire hose, or a fireman beating down a blazing door. So what if we're drawing a nude man? So what if all we ever draw is a nude man, or the same nude man over and over in all sorts of provocative positions?

Harvester may have been a step backwards in depiction of gays in media, but not as far as you may think. The AIDS epidemic was only just winding up back in 1996 and popular opinion was not great. Meanwhile, other forms of media at the time were using gays as more of a talking point to normalize LGBT people. Only one year after Harvester came out, the infamous gay Simpsons epsiode "Homers-Phobia" came out. Two years after that, the beloved LGBT show Queer as Folk was released.

It's astonishing how much can change in only a few years. Here's hoping that the next few years are as progressive!