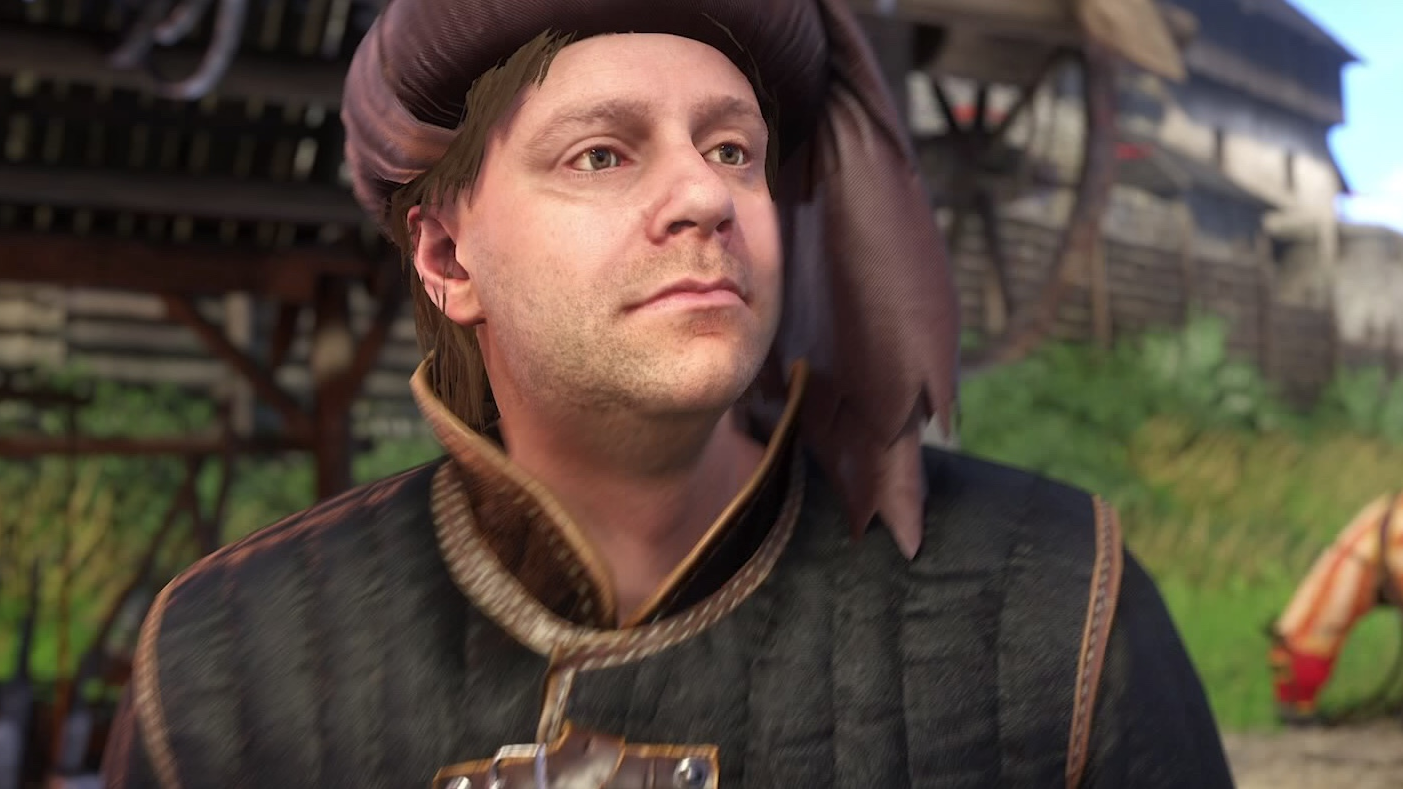 What do you get when you mix homosexuality, some Reddit pillocks, and a 'historically accurate' PC game?

Well first of all you get a rather disappointing cake, then you get Kingdom Come: Deliverance, and its approach to homosexuality.

Lets just get this out of the way: Kingdom Come: Deliverance is a historically accurate RPG based in 14th century Bohemia, where everyone speaks the Queen's English and the landscape is idyllic countryside littered with "Ctrl-C + Ctrl+V" towns and houses. Along with just god awful combat, and enough bugs to put a Bethesda game to shame, KCD is a rather unremarkable game. Likely to be forgotten in a few years. Hopefully, at least.

So why am I writing about it? Well I'm sure some people on Reddit will say its because I'm a "SJW cucklord" for even bringing this up, but I wanted to highlight the way both the game and its "community" handles gay relationships. To the ones who have already opened twitter to furiously tweet at me, listen here. Don't give me the whole "gays would be put to death, burned alive, made to watch Xanadu, and all other different forms of unimaginable punishment for being gay" malarkey. Yes, of course there would be harsh treatment historically. That's not why we're here. 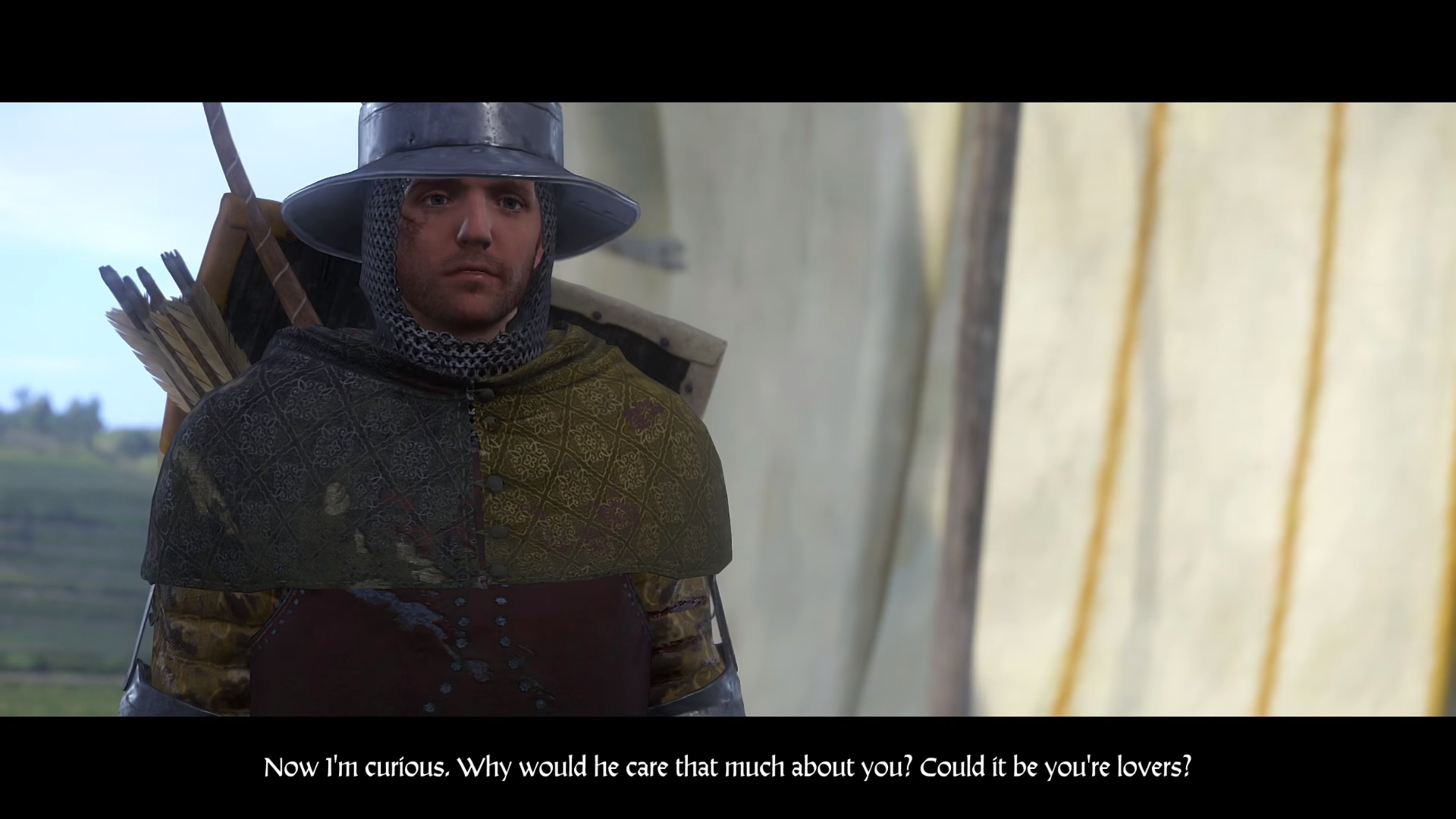 Well your first point of there not being any gays at all is a null point, after Daniel Vavra said on Twitter during a debate on PoC in KCD on the 26th of February 2015:

"And there are gay people as well and lot of strong female characters."[source]

From the horse's mouth itself.

So lets talk about these "gay people"! I can only assume Daniel is talking about Sir Istvan Toth and Erik. Both characters are portrayed as villains, at one point "torturing" the main character, Henry. Shortly after, Toth kidnaps the wife of one of the main characters.

At one point you capture Toth's lover Erik and plan to use him and their homosexual relationship as blackmail to retrieve the kidnapped wife and Henry's dad. I would say "spoiler warning", but this game really isn't worth it. So that's fantastic - the only gay couple: they're both villains, and their relationship is used as blackmail. But hey, I cant be greedy, I got my quota of gays, what more do I want. Well, I how about a more positive representation? Beggars can't be choosers, it seems.

Another thing worth considering is the game's "community" and the way it approaches even the idea of LGBT in KC:D. They throw around words like "troll", "sjw", "cuck", for even suggesting it. It's actually quite scary. Someone harmlessly asked if there were gay romances in the game in the Steam forums, and had a number of... colourful replies.

One typical response from the thread:

highly doubt there would be any gay interaction, you do know when the game is based in time right? your just a worthless troll SJW. you would be killed instantly if someone found out you were gay back then. take your******dick else where troll.

All I can do is wonder why this community is so insecure and defensive. There's something in a game they enjoy... but they can't even admit it?