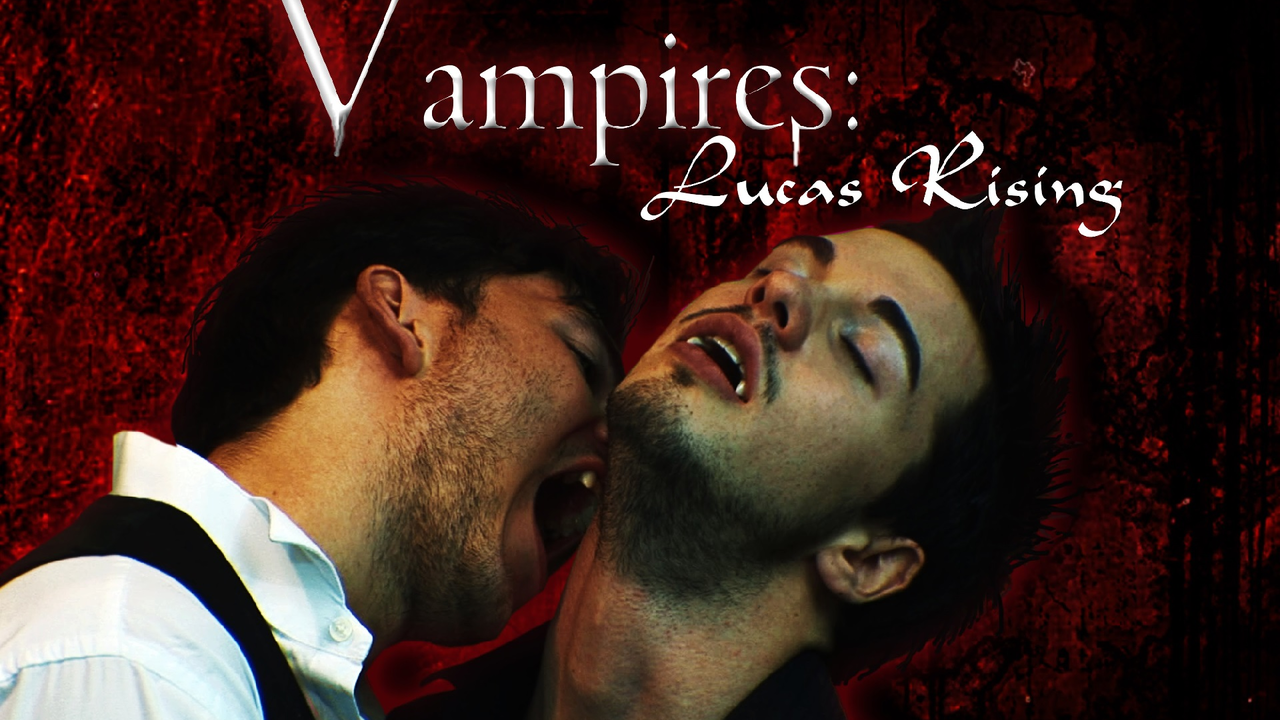 Actually not a better love story than twilight

Jesus H Christ, I'm pretty sure I've said 'worse movie ever' about other movies I've watched, but this one really takes the cake. A movie so bad, actually physically painful, that I could only watch 20 minutes before giving up. I have NEVER stopped a movie before, but holy christ this movie. So for what it's worth here is a review of the first 20 minutes of 'Vampires: Lucas Rising'.

From the get go I messed up with Vampires: Lucas Rising because it's actually a squeal. How I came about to make this mistake is an odd one. I recently signed up for the gay movie streaming service 'Dekkoo' which has a whole bunch of gay movies, and me being me, both gay and a horror movie lover, I went straight (hue hue hue) to the horror section. Vampire: Lucas Rising was on there, I saw no other 'Vampire: X' movies so I figured that Lucas Rising is a stand alone film. However searching after the fact, I found that Dekkoo has actually got the first movie in the series however 'Vampire: Brighter in Darkness' is not labeled under the 'horror' category, so I can only assume Brighter in Darkness is a romantic comedy.

Thankfully the movie starts with a 'previously on' sequence which is comprised of a CGI book flipping through shots from the first movie, not seeing the first movie it kinda threw me off, but from what I could gather the plot of the previous film is as follows; Two immortal vampires, Lucas and Toby, are eternal lovers and Lucas' mother Lilith is the 'Queen Mother of the Vampires' (the title of Queen Mother is given to the mother of the queen, but there is no mention of the daughter of Lilith being the queen, I figured that used the title of queen mother, because it sounded cool) wanted to create a master race of vampires which involves killing humans, in a war, Toby was taken into the underworld, and Lucas is on his quest to find his eternal lover.

The movie starts with Toby and Lucas sitting in a brightly lit field, with bloom effect up the up the wazoo. Lucas pulls down a piece of the sun to give to Toby, I guess within the tight of cannon of the vampire series this makes sense, I'm old fashioned so I figured that sunlight/daylight is would be the death of them, so giving a piece of the sun to your vampire boyfriend is equivalent to giving your partner a cyanide pill. Again my fault for not watching award winning romcom Bright in Darkness.

Its as soon as they start to speak the worse part of this movie comes to light, serious major audio issues, it sounds like they recorded all the movies audio off Poundland Mics. Through every line of dialog there is audio overload (imagine the noise you get when you talk too loud on a rubbish headset) it was so unbearable, i was physically having to turn my volume up and down along with the movie, that and the fact you can even hear they didn't even get a pop filter for the mics because you can hear the actors breathing was driving me slowly insane.

I dont understand how this movie got published, it is just disgraceful. No movie with audio this bad should ever been released on a paid site, it's not even 'so bad its good' bad, its just straight up the worse 20 minutes I had to sit through. I haven't even begun to talk about the visual issues

I've mentioned the bloom which made the opening scene, but what I didn't mention is what the 'vampires' look like. These are some of the most laziest vampires I've seen, they have cheap halloween fangs on, that's it, and sometimes when the audio isn't being dubbed over you can clearly hear the actors struggling to talk with the fangs in. The blood in the movie is all CGI, there is scene where one of the vampires transforms into a dragon which looks like its straight out of a steam greentlight game. But to sum all the visual problems of this movie up in one image, the image below does it all. 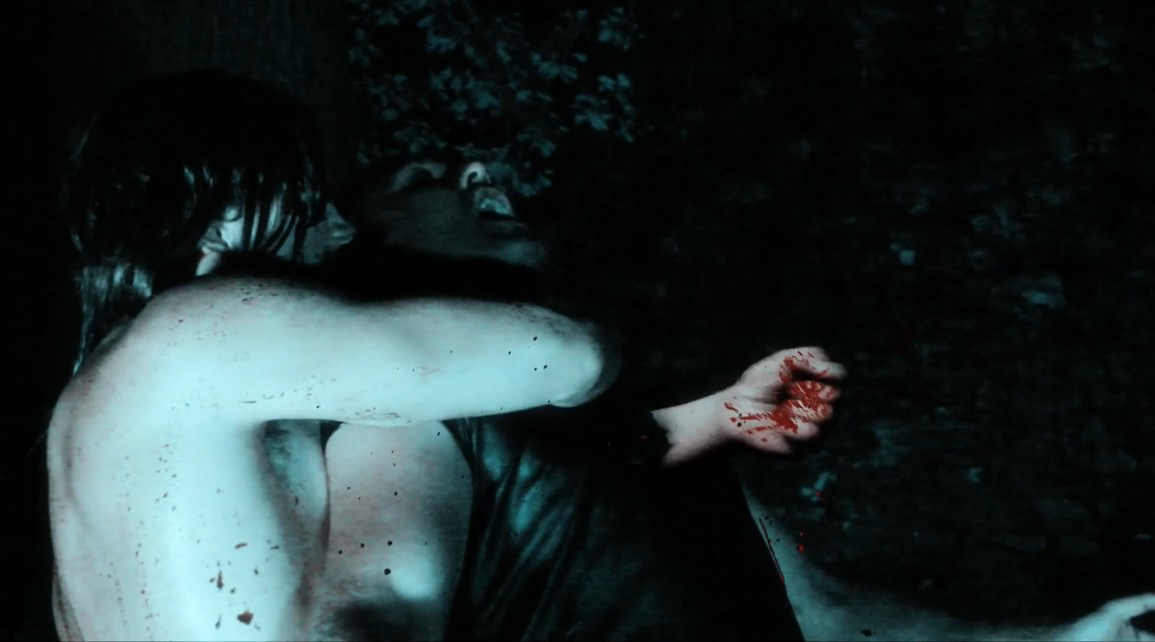 Just don't watch this movie, I got a headache from the audio and honestly gotten a headache trying to remember this movie less than 12 hours after watching it. But if you have managed to sit through the nearly 2 hour run time of Lucas Rising, let me know how it was on twitter @Jackaphobia and tell me how wrong I am about this masterpiece of cinema.