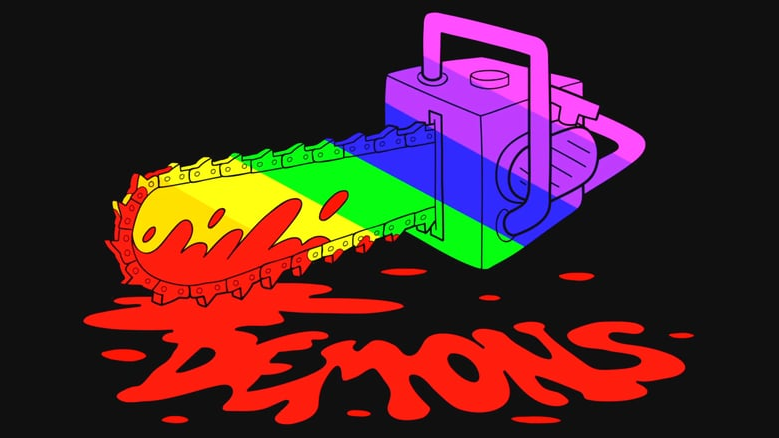 In a world full of demons, how does a gay serial killer learn to accept himself?

For many creators, Kickstarter is a stepping stone to making their passion projects become reality. Whether their projects be ambitious like Mighty No. 9, or an idea on a smaller, intimate, more personal level such as making a potato salad, Kickstarter has helped many creators' projects come to life. Demons is one of these success stories.

During the early months of 2016, Jesse Klein proposed his idea to the Kickstarter masses: Demons: A gay dark comedy short film. Reaching its goal, Jesse was able to bring Demons to life.

In a world where killing, cannibalism, republicanism, and all manner of dark interests are accepted in society, but being gay is still looked down upon, how does serial killer Joe (played by Javan Nelson) find someone to accept him?

The witty and well-executed Demons is a fun 10-minute ride, with jokes, twists, and political commentary. It's well worth a watch! If you like dark comedies and gore this is a perfect bite-sized chunk for you to enjoy. The only thing I would have liked is if it were longer! The beginning scene introduced a number of other 'gay serial killers' and it would of been great to have explored their characters a bit more.