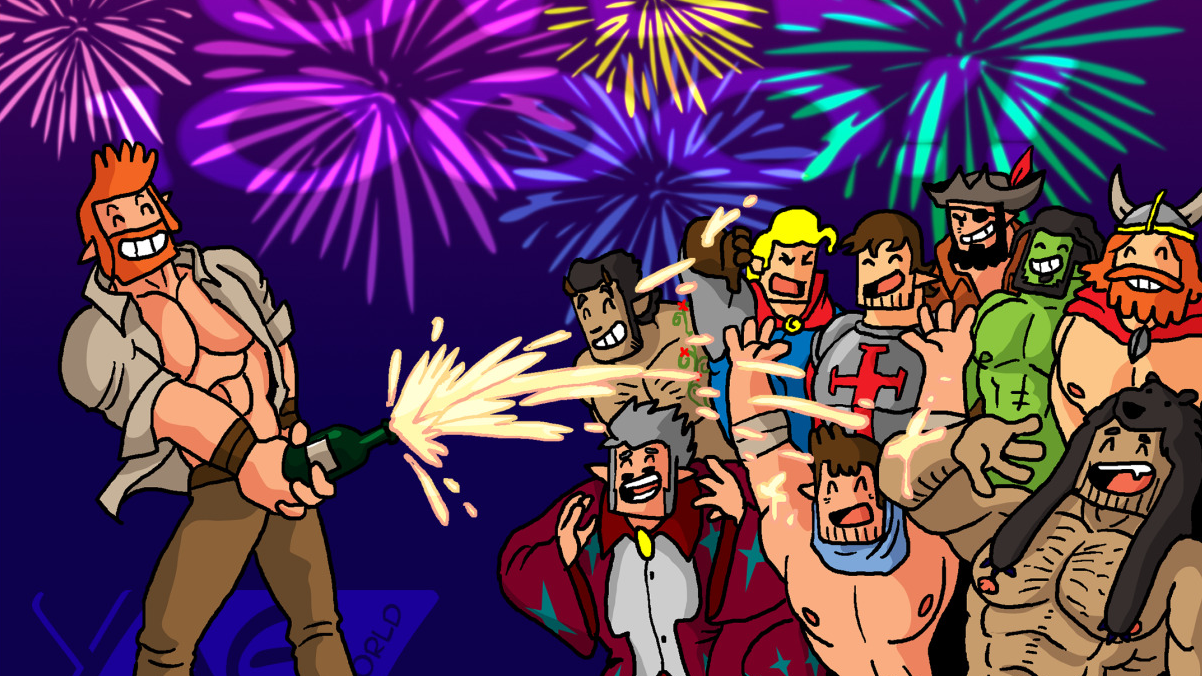 From super-bears to super-twinks, there is something for everyone in this fun little Flash game.

Yag World started off as a bara comic on Tumblr over 5 years ago. It began with a fantasy-themed webcomic known as the Mythical Saga, then was later followed up with sci-fi themed comic series, the Outer Space Saga. The third era of the comic is historically themed - the First Men Saga.

Due to the comic's NSFW nature, and the fun art style, Yag World gained a lot of popularity in the Tumblrverse. Building on that success, the author produced the Yag World Adventure Game. Released in 2016 on Newground, YWAG plays more like an interactive Yag World comic than your traditional adventure game.

The player takes on the role of an adventurer in the land of Yag. From there you get to choose where to go, who to talk to, what puzzles to solve, and which one of the 15 possible romanceable characters you want to "end up" with. Not many adventure games can boast that they have an interactive sex mini game for every single romance option, but Yagworld can.

The original creator of Yag World has disassociated themselves from the comics and games altogether. However, Yag lives on through its fan base. Now being run by people who fell in love with the comics and characters and want to see their adventures continued.

Don't go counting on high production values here - the game is small and silly, and doesn't pretend to be anything more. But it's fun and the writing is self-aware, irreverent and just plain fun.

Flash games will soon be dead and buried, as the format will no longer be supported as of 2020. So take the opportunity while you still can and play the Yag World Adventure Game now - but maybe not at work...!