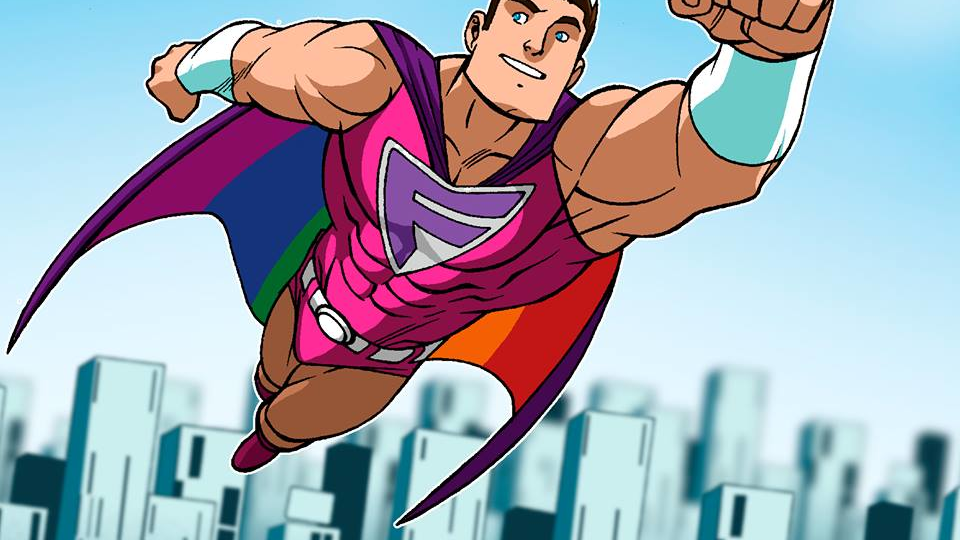 The Pride: The LGBT+ Superhero Comic You Deserve

... and also the one you need right now.

Last weekend I was at Birmingham Comic Con. One of my favourite things to do at Comic Con is visit the "Comic Village". This is an area of the show floor where independent comic artists set up stalls for the weekend. There you will find some of the country's most talented writers and artists showing off their work. You can just feel the passion and pride they have for their work and it brings a smile to my face.

While wandering around the Comic Village stalls, one stall in particular stood out. Mainly because it had a pride flag and a pride flag is to me what blood in the water is to sharks. This stand was run by Joe Glass, writer of The Pride, a superhero comic book series that I was shocked I'd never heard of before. 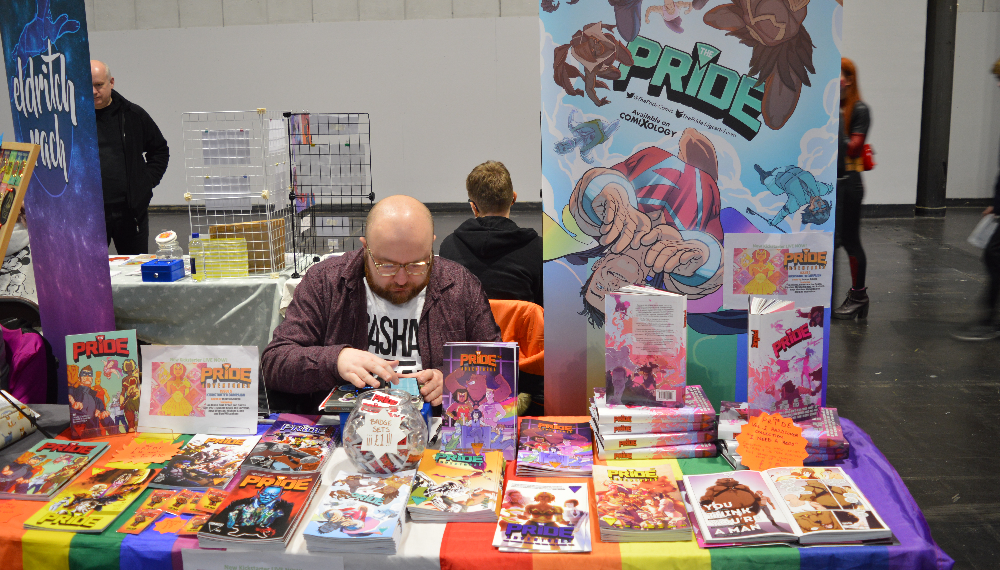 The Pride was everything I was looking for in a comic book: LGBT+ representation; fantastic art; funny yet relevant stories that mirror real life issues we as a community deal with on a day to day basis. The Pride is six issues long (so far) and follows the adventures of The Pride, a Justice League-esque group of LGBT+ super heroes. Led by FabMan, The Pride's goal is to help people and improve representation of the LGBT community.

The Pride also has a sister series called The Pride Adventures, which has self-contained stories about the members of The Pride. So when you've finish reading the main story, you can get more in the universe with The Pride Adventures. Issue 5 of Adventures is currently on Kickstarter - you should check it out, it's well worth your time and money.

You can check out their Kickstarter here!

Coming up soon: An interview with Pride creator Joe Glass, which will be released on Rainbo in a few days. We go into more detail about The Pride, what's behind it, and its Kickstarter. As always, it'll be available one day early for patrons. Be sure to check it out!