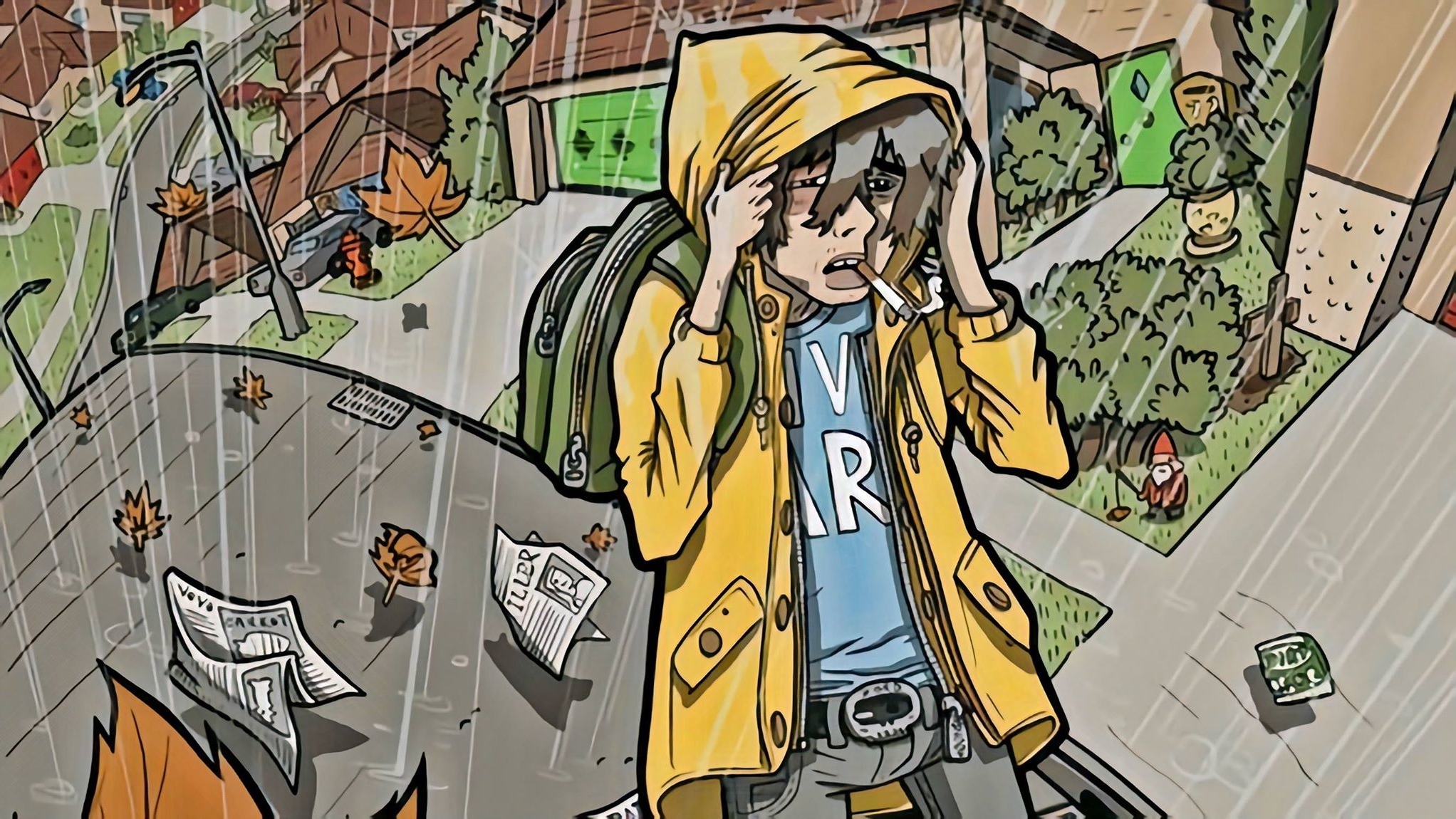 There are few things in this world that combine all of my interests - horror, comedy, and the gays. But now, all of my dreams have come true.

Daniel Earey & Edward Bentley have come together to produce and launch their new title Darkboy & Adler through Kickstarter.

The comic follows Adler, a teenage student at Nowheresville High School. Adler is a lovesick teen whose soulmate just happens to be the head of the school wrestling team. Jock is the school's bully and lead athlete. Our protagonist finds himself starring at Jock during one of his matches, which didn't go unnoticed by the bun-hustling wrestler. 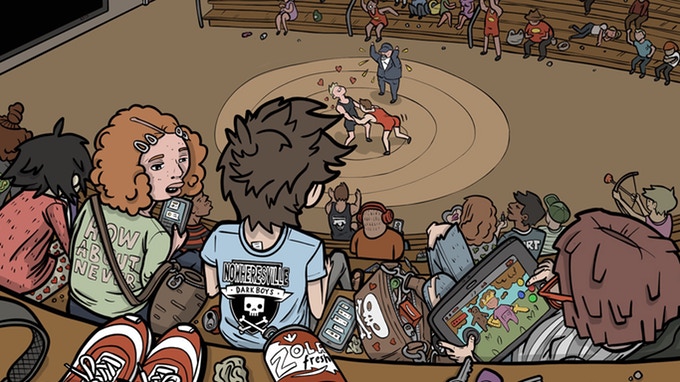 "Weird" and "unexpected" are the best words I can use to describe this comic, and I love it for that.

You really can't predict what the next twist is going to be. But where other media might start to fall apart with so many non-sequiturs, Darkboy & Adler stays consistent and all makes sense. In its own way, at least. 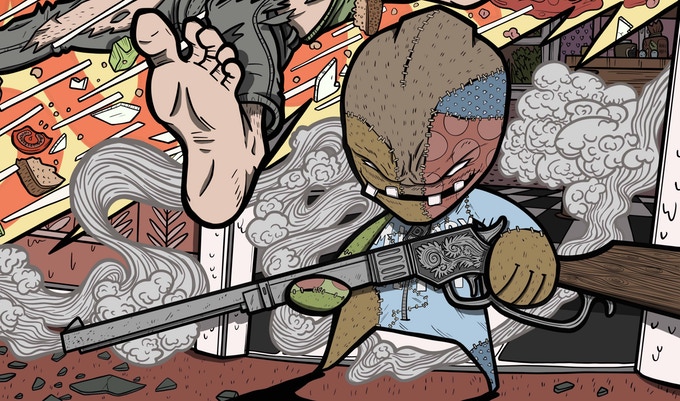 I'm on board with this comic, and I'm so excited to see where the plot is going. If you are too, you can check out the 9-page comic preview provided with the Kickstarter campaign.