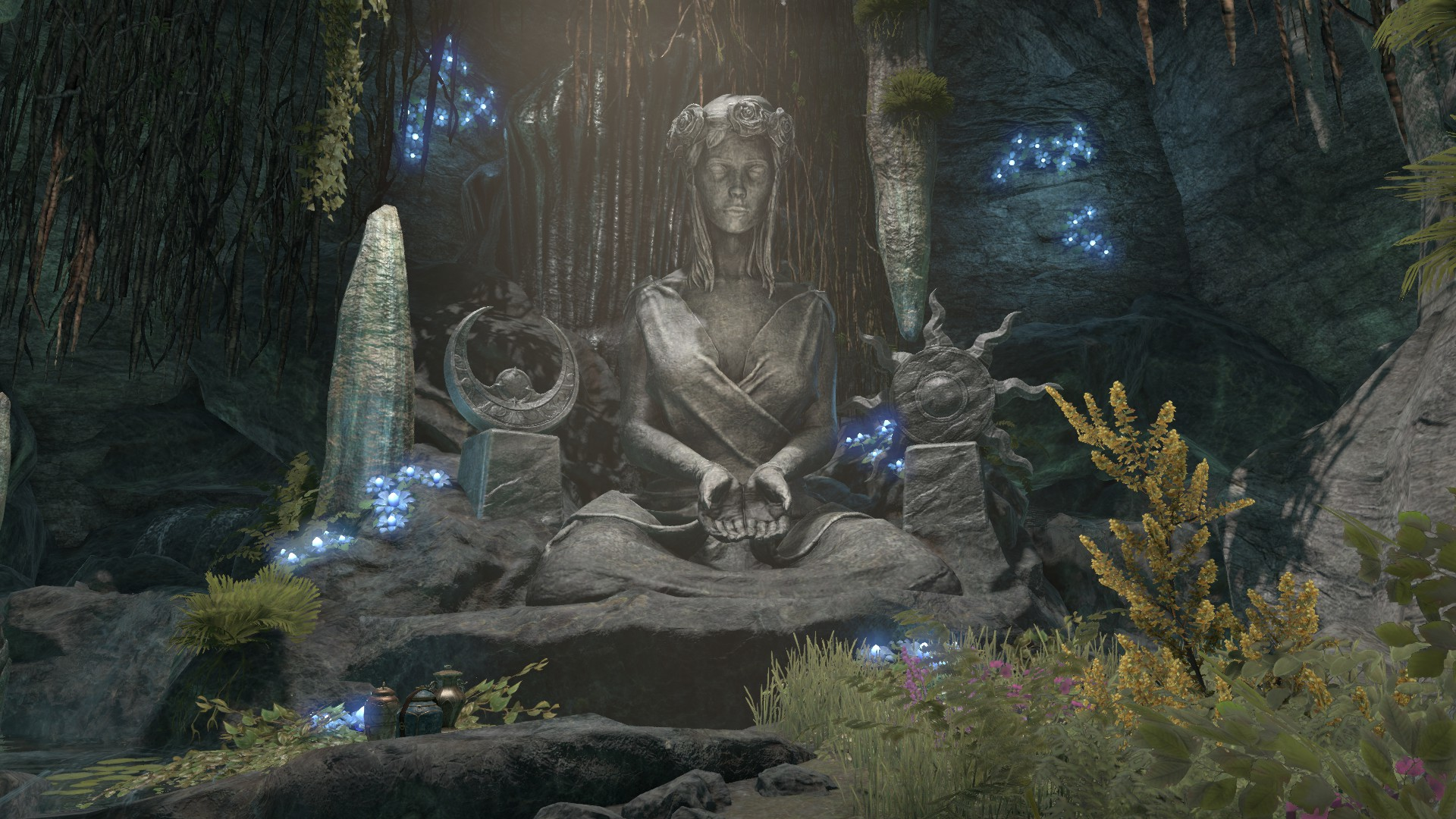 Back when I was a young, fresh-faced writer I wrote an article on LGBT Themes in The Elder Scrolls for Rainbo. Towards the end of that article, I toyed with the idea of highlighting some of the smaller LGBT stories within The Elder Scrolls Online. Spoiler warning for all quests that I'm gonna speak about, and TESO in general.

Grab your tissues, because you're gonna need them for this first quest...

The Flower of Youth

While exploring Greenshade you will stumble upon an aging Bosmer named Hartmin who has brought his dying husband to a grove near the southern settlement of Greenheart where they were raised. When you speak to Hartmin he will tell you of the pains of getting old, and how you should treasure the moments you have with your loved ones.

He will tell you that his husband Mirilir is dying, and he had brought them here to see the flowers which grew here when they were young. They used to sneak away from their clan to be in this meadow together.

"Take time to feel the caress of the wind and listen to the way it carries the sound of your true love's name."

Sadly, Mirilir never did get to see the flowers. When you come back with the seeds he has already passed. He spent his last moments with his husband, which is what matters most to Hartmin. It took his passing for Hartmin to realize the flowers themselves were not important, but what was important was the memories he shared with Mirilir. 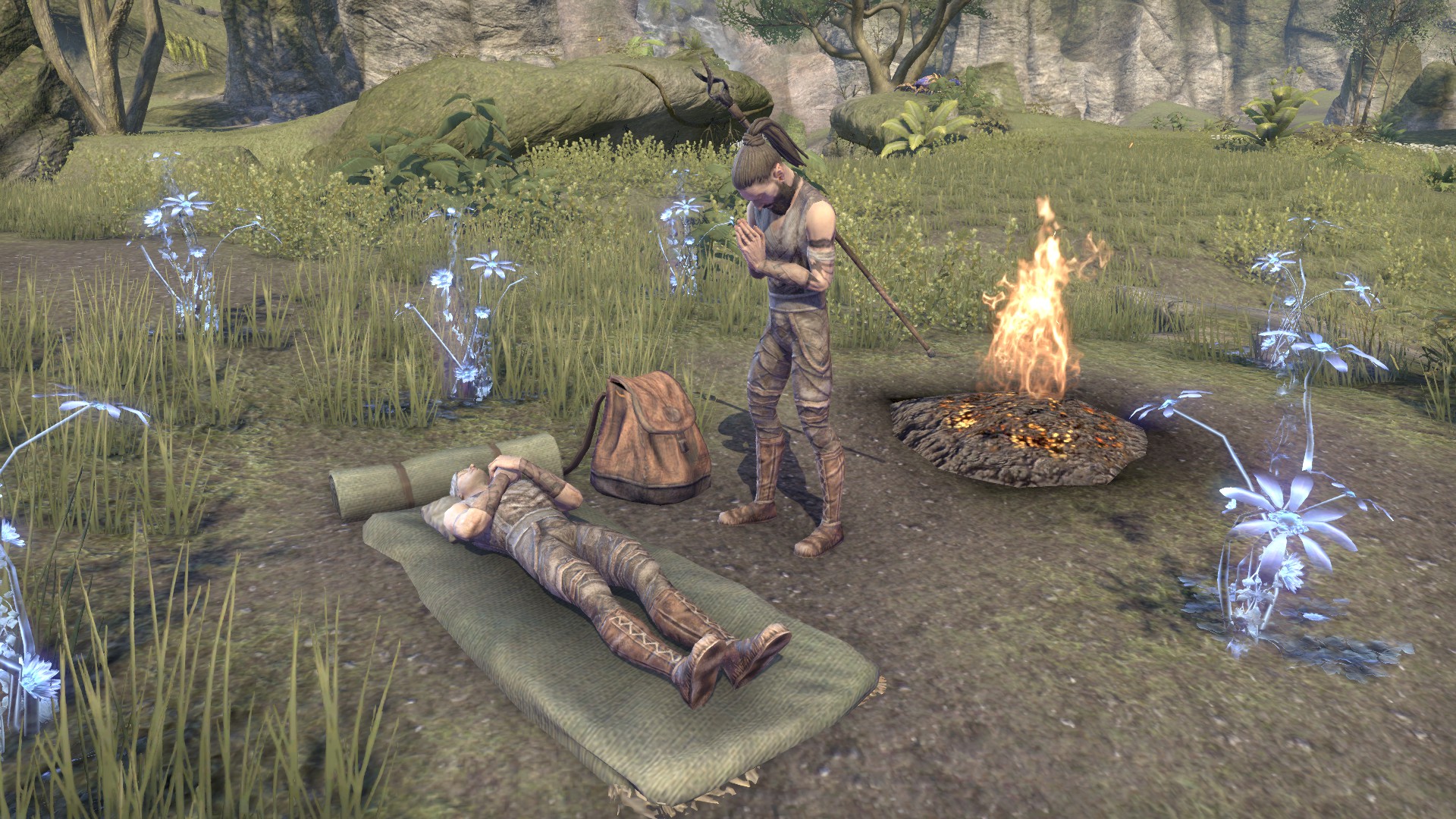 The odds were stacked against Tand when he arrived at Hadran's Caravan. He was looking to make money to start anew with his partner Sind. Unfortunately, Tand fell into the gambling circle. When he won, he spent the money to win more. When he lost, he borrowed money to try and win back what he lost.

Sind knew this and has become worried when Tand went missing, so with the help of Tand's father, and daughter, he is trying to locate where his partner has gone. After investigating it is discovered that Tand had accumulated a large amount of debt with Hadran, the Bosmer whom runs the gambling Caravan. He plans to sell Tand into slavery to repay his debts. 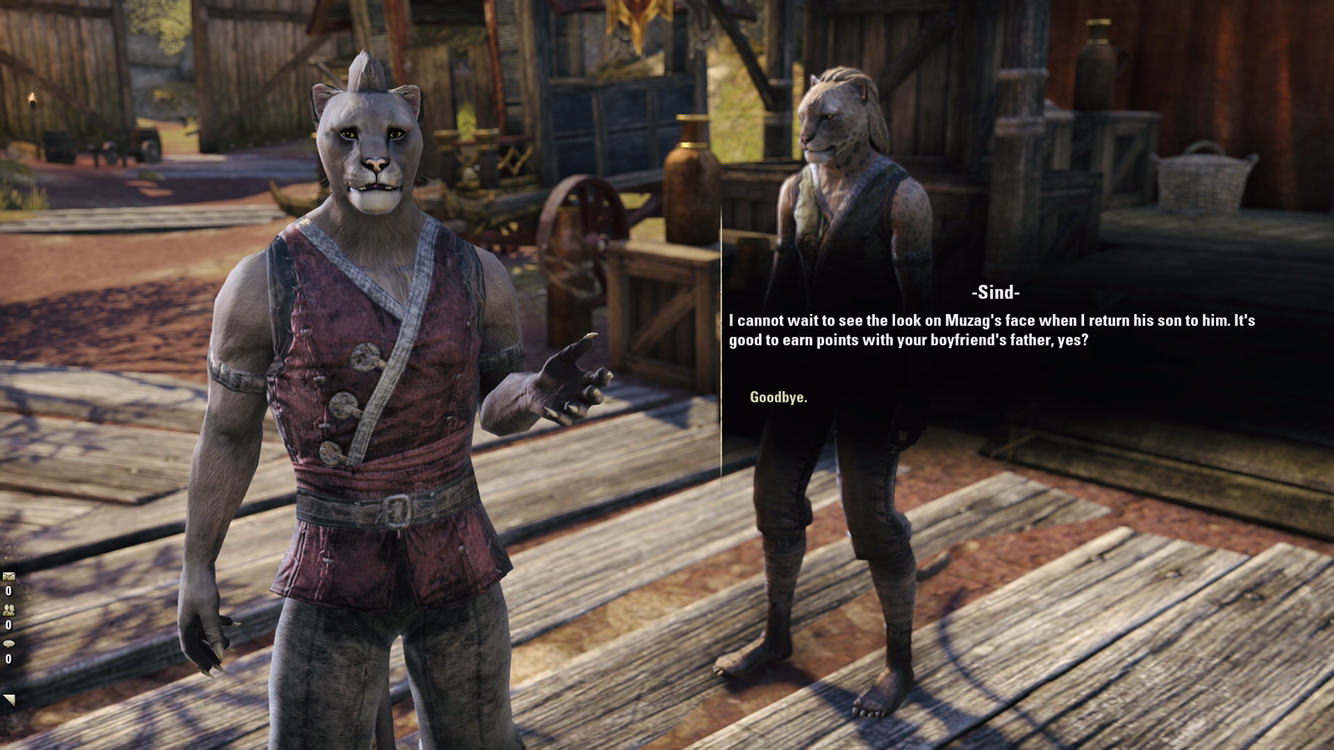 Breaking Tand out, along with other prisoners soon to be sold into slavery, you reunite Sind and Tand. Sind lets Tand know that he doesn't need a lot of money to make him proud, all they need is to be together.

These are just two of the many LGBT+ stories in Elder Scrolls Online. Flowers of Youth is a perfect example of representation in video games. It tells the story of a couple who have been in love since youth and live long happy lives together and their final moments together. It's unusual and positive to see LGBT characters portrayed as true life partners and not some causal relationship.

While the story of Tand & Sind is more about young love and the trials they have to go through to start their life together so that hopefully they can one day end up like Hartmin and Mirilir.